Startups, like humans, have DNA that defines its being – innovative, disruptive, risk-taking and fast-paced. They’re also cool, collaborative and impactful. As of 2016, India boasts of the entrepreneurial culture with about 2 million startups. Startups are in the newspapers, cafes and coworking spaces. They’re even on the billboards that stand straight on the traffic signals that lead to your office. A recent Accenture survey reported that

only 15% of the class of 2014 said that they’d prefer to work for a mature, established organization.

As an owner of a mature organization, no matter how strongly you believe in your processes and teams, what raises an alarm for you is –

What do you do?

Calm down. Relax. Here’s a simple step-by-step action plan that has helped several mature organizations in the past and will come to your rescue too.

Intrapreneurship! Yeah, you’ve heard about it a couple of times, but, what is that? When your employees become entrepreneurs, they are called intrapreneurs. The average age for startup founders is 40. So, intrapreneurship isn’t for the new recruits only, it’s for the middle-managers too.

Great ideas can come from anyone, ok!

Empower your employees to come up with new ideas. Celebrate failures as much as the successes. Google encourages its employees to spend 20% of their time on new projects. This presents the employees with a new opportunity within the same organization and cultivates the drive for innovation. Ownership of ideas – yes you’ve got it right! The moment we start to own our ideas, we feel empowered already.

When you’d have asked your wife to marry you, it would’ve probably been at a fine dining restaurant. Similarly, for your employees to innovate, they must find themselves in a high energy environment. Building an office that has an open setup, no cabins, some Steve Jobs’ posters, a cafeteria, an incubator, in short everything that can let one’s creative juices flow and provide a conducive space for brainstorming.

If you don’t want to invest in the old office, consider moving to a coworking space.

It will also help your employees to network with the startup people.

A team is as motivated as its leader is! Not just the CEO; motivation, energy and an appetite for risk must run from top-to-bottom and soak everything that comes on its way.

Of course, we can! Rewrite those mission statements to make them more contemporary, upgrade the reward system and consider ESOPs to make them feel as if it were their own company. It truly does magic!

Open culture isn’t really about sharing beers with the co-founders, it’s more about being able to share everything without a drop of it!

Yes, we’re talking about having an open-door policy. A flat hierarchy fosters innovation through early feedbacks and failing fast. Listen before you speak, listen to their failures as much as their achievements.

In the times of Artificial intelligence (AI), machine learning, deep learning and advanced robotics; what you can’t certainly miss out on is technology.

The fifth industrial revolution is all about – do or die.

While innovative business models are ruling the market, it’s time that every company appreciates the power of innovation and disruption. MNCs are being wiped out overnight due to the lack of it. Invest in relevant technologies to reap benefits in the long run. 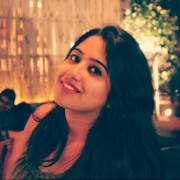